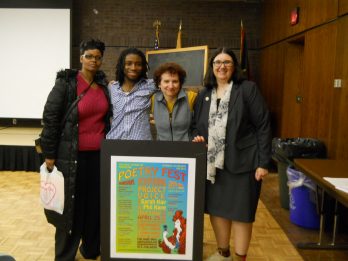 Marian Calabro (3rd from left) with Darlene Brown, Elijah Brown, and Susan Freedman as part of the Adult School of Montclair Poetry Fest

I love poetry. I love to write it, read it, share it, and teach it, especially poetry in forms ranging from the classic sonnet to the silly limerick. One of my most popular workshops is “The Ode Less Traveled,” inspired by the Stephen Fry book of the same name. Although I don’t actively pursue publication, my work has appeared in Boston University’s Clarion magazine, a few online venues, and every annual edition of the Red Wheelbarrow Poets anthology (I live and work a few miles from Rutherford, NJ, home of the 20th-century genius William Carlos Williams and many of his contemporary fans). Mostly I love to attend poetry open mikes. One of my favorites was an evening at the East Orange Public Library, part of a Montclair Poetry Festival.

Theater is my most frequently practiced form of religion. In high school I was a summer stock and drama club “Gleek” before the word was invented. At Rutgers I took lots of classes and reviewed dozens of Broadway and off-Broadway plays for the college daily paper. My playwriting teachers have included Betty Comtois (Rutgers/Douglass), Stuart Spencer, and Nikkole Salter. In recent years I’ve been thrilled to have my work produced on these local stages: 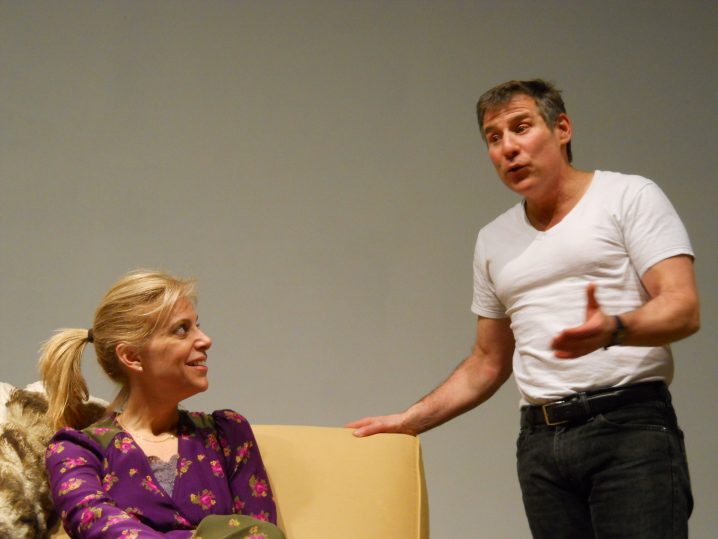 Learn More
Thanks for signing up!