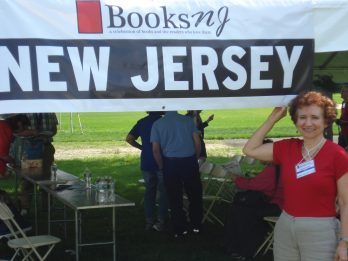 My free, quarterly e-newsletter is the place to find creative writing exercises, news of upcoming workshops, interviews with local writers, and my sometimes-contrarian opinions about books and publishing. Registration is easy and doesn’t require any private information except your email address, which is kept private and never shared with anyone else. Freewrite is issued via MailChimp. Read the latest issue of Freewrite here and subscribe to Freewrite here.

This is a highly arbitrary list. I like these books because all of them have helped me in one way or another. I am always looking for good writing about writing to share with the writers in my groups. Please pass along your recommendations via the contact page on my website anytime.

Writing Alone and With Others  by Pat Schneider / Oxford University Press, 2003
Although it was published by a university press, this is not an academic book. It overflows with wisdom and exercises from the woman who created a new way of writing in groups when she burned out on MFA-style workshops, which can be nitpicking and lifeless (MFA = Master of Fine Arts degree).

A House of My Own: Stories from My Life  by Sandra Cisneros / Knopf, 2015
Not a how-to book about writing, but definitely a how-to memoir about finding your own voice and having the guts to live a writer’s life.

The Midnight Disease: The Drive to Write, Writer’s Block, and the Creative Brain  by Alice W. Flaherty, M.D. / Houghton Mifflin, 2004
Quirky, dense….The author is a neurologist and highly original writer who asks: what underlies the human ability, desire, and compulsion to write? The answers have to do with our individual brain chemistries. Her discussion of hypergraphia–the compulsion to write–is even more fascinating than her take on its opposite, writer’s block.

Zen in the Art of Writing: Essays on Creativity  by Ray Bradbury / Capra Press, 1990
Like a life preserver, this book once helped get me onto shore during a bad patch of mental storms in my life. I have little taste for science fiction and fantasy, Bradbury’s main genres, but anything he writes just about leaps off the page. Don’t miss his formula for writing fiction (p. 7), his noun list idea (p. 17), his discussion of “quiet stories” (p. 43) …. his passion is contagious.

The Artist’s Way andWalking in The World
Julia Cameron / Tarcher, various dates
Along with Bradbury’s Zen, these books rank high as creativity starters and confidence builders for me. You’ll know right away if you like them. The exercises are a little wacky but worth doing. I find myself rereading one or both of these books yearly, usually in the autumn.

I also like Stephen King’s On Writing: A Memoir of the Craft, Walter Mosley’s This Year You Write Your Novel, and William Sloane’s out-of-print classic The Craft of Writing. Annie Dillard, Anne Lamott, and Natalie Goldberg are hugely popular but they do not ring my bell. Browse in your library at Dewey Decimal No. 808 to see which writing guides appeal to you.

In the end, I always paraphrase Pat Schneider: The only worthwhile test of any book, class, leader, or workshop is whether it makes you want to write more.

Writing can shake you up, energize you, and heal you—sometimes all in the same day, and certainly over the course of years. Even when you don’t write, you are observing. At the same time, your writing is patiently awaiting your return. It may act grumpy when you finally get back, but it is always secretly glad to see you again.

Riffing on famous first lines can help jumpstart your own writing.  Send me some of your favorites via my website.

It is easy to see the beginnings of things, and harder to see the ends.
–Joan Didion, “Goodbye to All That”

It happened every year, was almost a ritual.
–Stieg Larsson, The Girl with the Dragon Tattoo

If you really want to hear about it, the first thing you’ll probably want to know is where I was born, and what my lousy childhood was like, and how my parents were occupied and all before they had me, and all that David Copperfield kind of crap, but I don’t feel like going into it, if you want to know the truth.
–J. D. Salinger, The Catcher in the Rye

I am not at all sure whether I should be telling you this.
–Alexander McCall Smith, “Intimate Accounts” (a short story)

When I was three, I decided not to have children.
–Molly Peacock, Paradise Piece by Piece

When I was thirteen years old, a knock came on my door.
–Pat Schneider, Wake Up Laughing

At the age of 80 my mother had her last bad fall, and after that her mind wandered free through time.
— Russell Baker, Growing Up

After eight months spent in the obscurity of our mother’s womb, my brother, Shiva, and I came into the world in the late afternoon of the twentieth of September in the year of grace 1954.
— Abraham Verghese, Cutting for Stone

I arrived in the Alice at five a.m. with a dog, six dollars and a small suitcase full of inappropriate clothes.
— Robyn Davidson, Tracks

The first time I saw Brenda she asked me to hold her glasses.
— Philip Roth, Goodbye, Columbus

The two women were alone in the London flat.
— Doris Lessing, The Golden Notebook

We writers often can’t title own our work. We’re too close to it. That’s why I was delighted to discover a whole section on titling in Will Dunne’s book The Dramatic Writer’s Companion (for full info, see http://willdunne.com/dwc_guide.html). All the material below is drawn from it; I’ve paraphrased and presented just a few of many examples.

Actually, Dunne suggests using the naming process not mainly to name, but “to explore the big picture of your story, figure out what matters most, and maybe even find a title.” Here are his 20 takes on the subject; he points out that some titles overlap categories. Brideshead Revisited, for example, covers #1, #10, and #17 (I just had to add that, because it’s one of my favorite novels).

Learn More
Thanks for signing up!